Today, Ben Stokes and Jos Buttler received their Royal Honours from the Duke of Cambridge at Buckingham Palace.

Ben was made an OBE. While Joe was made an MBE. Both received their honours for services to cricket.

2019 was a memorable year for English cricket. Both Ben and Jos were key to England lifting the ICC World Cup at Lords.

Ben’s heroics continued to capture the public imagination during the 2019 Ashes and England’s recent series win vs. South Africa. Ben was also voted BBC Sports Personality of the Year and the ICC Cricketer of the Year. 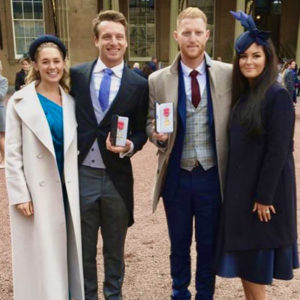