A brutal big-hitting batter and a bowler of “allsorts,” Liam Livingstone is sought after by teams from all around the world. In England, Australia, India, Pakistan and South Africa Liam’s explosive batting guarantees the crowd will be on its feet.

Before all the global recognition, Liam started his cricketing journey at Barrow C.C. his home town club.

Liam’s talent was recognised early and he was selected for Cumbria’s county under 13s. He was a fixture in the Cumbria set-up through the age-groups. In 2011, and aged 17, Liam played a MCCA Trophy match for Cumberland’s first XI, scoring 21 and taking one wicket in the loss to Berkshire in July.

By the time, Liam had played for Cumberland, he had already played for Lancashire’s Second XI earlier in 2011.

During 2013-14 Liam’s name can be found in scorebooks for a number of clubs (Blackpool, Monton and Todmorden) – however, his most memorable spell of club cricket at this time was with Nantwich C.C.

2015 was Liam’s standout season for Nantwich. He scored 1304 runs (AVG. 93.14) and hit 5 centuries. This included three tons in four consecutive innings. It might have been four-from-four, as Liam was left on 93no in his other innings.

The 2015 season will be remembered for a Royal London Club Championship match on 19 April. On that Sunday, Liam smashed 350 (27 sixes, 34 fours) off 138 balls as Nantwich sent an overwhelmed Caldy C.C. to a jaw-dropping 500 run defeat.

One month later Liam was making his T20 debut for Lancashire Lightening.

Liam signed his first professional contract with Lancashire prior to the start of the 2014 season.

In May 2015, Liam made his T20 debut for Lancashire Lightening and was a member of their final winning Natwest Blast team.

By August 2015, Liam was making his first appearance in List A matches. Coming into the Royal London Cup match against Kent Spitfires on 8 August, Liam had already hit three centuries for Lancashire’s Second XI and Nantwich during the course of  the first six days of the month. On debut, he added another 91 runs to his August tally as Lancashire grounded the Spitfires.

Liam’s first-class debut came in April 2016. He was quickly amongst the runs scoring 108no in only his second county championship game.

In 2017, Liam scored a career high 224 runs in a county championship game vs. Warwickshire.

At the end of 2017, Liam became captain of Lancashire, but relinquished the role in 2018.

In September 2019, Liam was acquired by Cape Town Blitz during the opening round of the Mzansi Super League draft.

His debut was on 8 November when the Blitz defeated Jozi Stars by 15 runs.

Days later, Liam hit his highest score in the competition when smashing 65 off the Stars bowlers.

In nine innings Liam hit 208 runs for the Blitz.

Since BBL 09 (2019-20) Liam has played 28 times for the Scorchers franchise. His first appearance came against Sydney Sixers in December 2019.

During BBL 09 Liam made his top score for the Scorchers, smashing a 54 ball 79 in the loss to Adelaide Strikers.

Liam’s Player of the Match performance took the Scorchers to a BBL 10 Finals Night encounter with Sydney Sixers. To reach the final, Liam belted 77 runs from 39 balls to help defeat Brisbane Heat. In the final, he topped scored for the Scorchers (45) – yet Liam’s heroics with the bat could not prevent Sydney Sixers claiming their second consecutive BBL title.

Liam’s bowling in the BBL has brought him 9 wickets with best figures of 2-4.

Liam was one of the star’s of the inaugural edition of The Hundred.

A number of hard-hitting innings for Birmingham Phoenix were a major factor in the Phoenix reaching the final.

Building on success with England Lions, for whom Liam scored 2 centuries in 2017, he went on to make his T20 debut for England in the same year.

When Liam returned to the national team in 2020 he was a different player. Competing in the major franchise leagues had equipped him with the requisite skills to perform on the international stage.

A record-breaking maiden IT20 century came in the opening match of the series vs. Pakistan in July 2021. Liam hit a 42 ball century. A fireworks display of heavy hitting, Liam’s 100 topped the list of fastest centuries made by an England batter. Earlier in the same innings, he also recorded a 17 ball half-century, the fastest made by an England player. 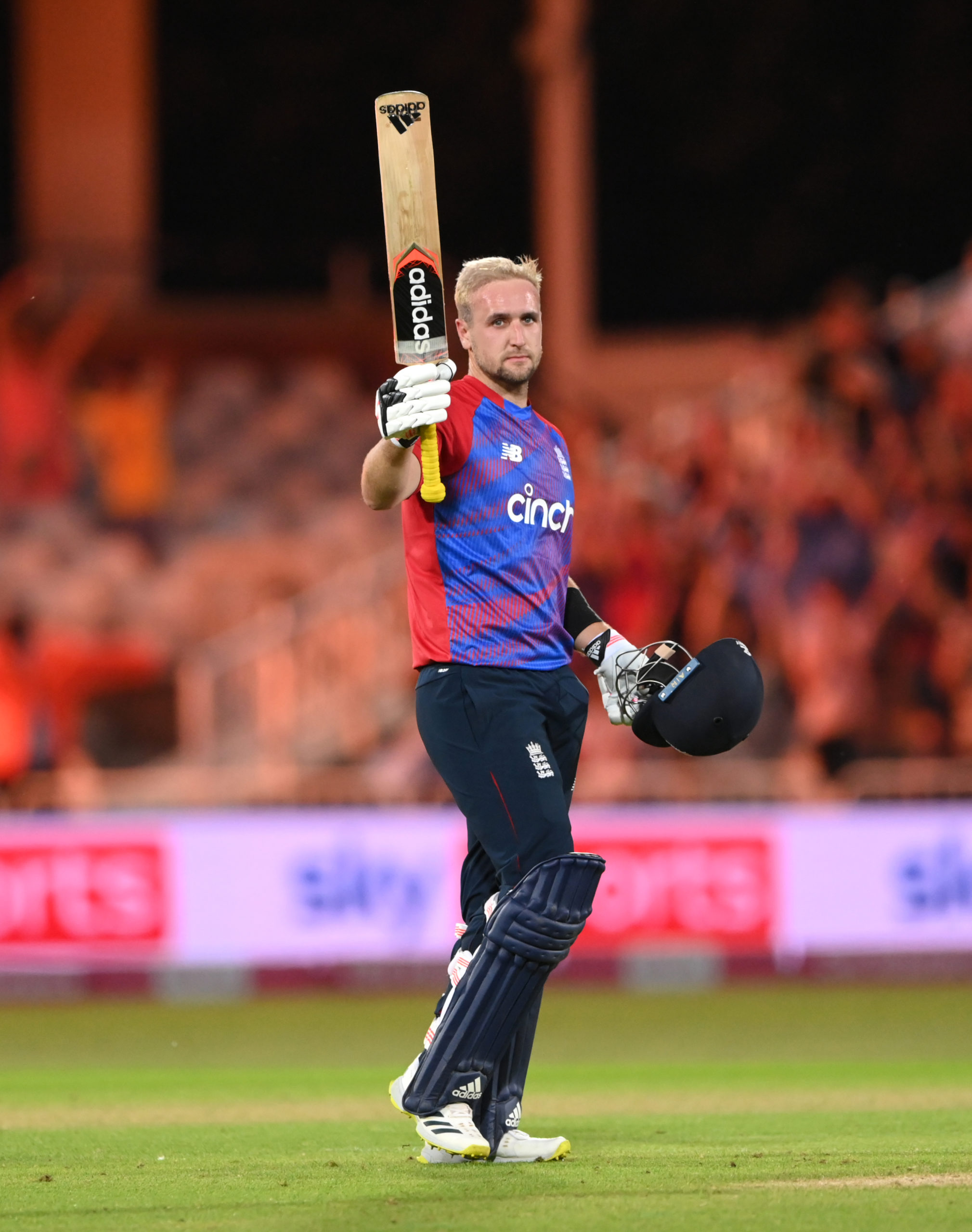