A talented leader and highly effective allrounder, Moises has travelled to the furthest reaches of the cricketing world. While a global cricketer, Moises cricketing home is the SCG, where he plays for NSW Blues and Sydney Sixers.

Following behind Ebrahim Maka, Dick Westcott, Dilip Sardesai and Antao D’souza, Moises is only the fifth Test cricketeer born in Portugal and the first to play for Australia.

Born in Funchal, on the island of Maderia, the Henriques family made their new home in Australia when Moises was a child.

Until 2004, Moises attended Endeavour Sports High School – the South Sydney school ” where sports stars are made.” In the same year, he was the first player to receive the Rexona Australian Youth Cricket Scholarship. In 2005, Damien Fleming named,18-year-old Moises in his five emerging fast bowlers with prospects of gaining Test honours with Australia.

NSW has been Moises cricketing home since 2005, when he signed his rookie contract.

In England, Moises made his first-class debut in April 2012 when he took to the field for Glamorgan vs. Oxford University at the Parks.

He subsequently made four further appearances for Glamorgan in the LV County Championship in the same season.

In two spells with Surrey Moises has made ten T20 appearances.

In 2015 his stay with Surrey was cut short. In his third NatWest Blast match vs. Sussex at Arundel, an attempted catch resulted in a collision between Moises and Rory Burns. Moises fractured his jaw in three places, putting him out of the game until September. Before this unfortunate accident, Moises had produced his best T20 Blast bowling figures, taking 3 Sussex wickets for 23 runs.

In his second spell at the Oval in 2017, Moises played in 7 NatWest Blast matches scoring a total of 187 runs.

During the four IPLs Moises spent with the Sunrisers, he tasted success in 2016 when they beat Royal Challengers Bangalore by 8 runs.

In 2021, Moises made his return to the IPL when he joined Punjab Kings for IND 4.2 crore during the pre-tournament auction.

On 16 December 2011, Moises made his Sixers debut in their 7 wicket win over Brisbane Heat. Since that first BBL match he has worn the magenta shirt on eighty-nine occasions. In his ten years with the Sixers, Moises has hit 1900 runs, with a BBL best of 77 vs. Perth Scorchers in January 2015.

Selected for Australia’s under-19 tour of India in 2005, Moises returned home from a difficult series of List A games with his reputation enhanced. Moises was named captain for the 2006 Under-19 World Cup in Sri Lanka, leading Australia to the semi-finals.

The National Selectors named Moises in the Test squad for the proposed 2021 tour of South Africa. Due to public health concerns over COVID 19, Cricket Australia announced that the tour would be rescheduled.

Between 2009-20, Moises made fourteen IT20 appearances for Australia. His best bowling analysis being in 3-22 off 4 overs in the first IT20 match vs. India at the Manuka Oval on 4 December 2020.

Nike – Moises is sponsored by Nike. 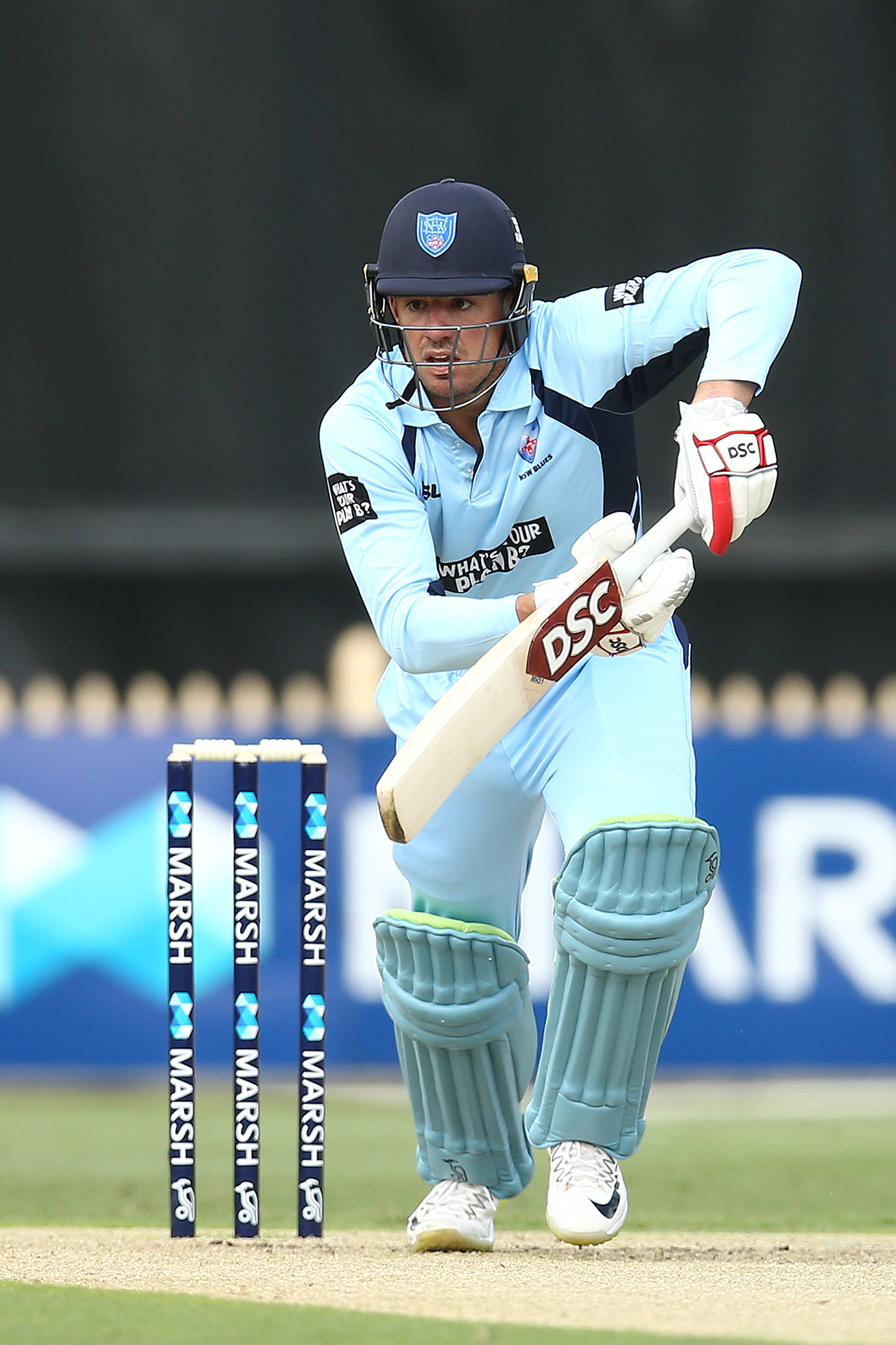