“When I started one of the things I wanted was to become the best all-rounder in the world.”

Born in Tokyo, Nat Sciver is one of the dominant allrounders in women’s world cricket.

World Cup winner, Nat has played in over 160 matches (across all formats) for England, scoring 4000 plus runs and taking more than 120 wickets.

A sporting talent from a young age, Nat played cricket while attending Epsom College (2006-2011) and quickly moved up the development pathway from club to county and then country.

Alongside club cricket for Stoke d’Abernon Nat was also playing for Surrey Under 17s from June 2008.

For the start of the 2011 season Nat moved on to play club cricket for Redoubtables.

Nat got off to the best possible start for Redoubtables, scoring 98 on 1 May 2010 in a 3 wicket win over Shepperton in the Southern League Championship.

While playing for Redoubtables, Nat was also appearing in the Super Fours and the LV County Championship for Surrey.

By the start of the 2013 season Nat had moved onto the Midlands Cricket League (Premier Division) playing for Sheffield United.

In the same year, Nat made her debut in ODIs for England.

As a 15-year-old, Nat made her debut for Surrey Under 17s, scoring her first half-century against Sussex in July 2008.

In May 2010, Nat made her List A debut for Surrey against Warwickshire. Nat’s first half-century in List A matches came in the same month as Surrey defeated Worcestershire.

In the Rachael Heyhoe Flint Trophy, Nat hit 104 off the Lightening bowlers in August 2020 for the Diamonds.

In the inaugural running of The Hundred, Nat played in all 8 games for the Rockets. Over the course of the competition Nat scored 220 runs (AVG 31.42) with a highest score of 54.

As early as 2012, Nat was playing for England’s academy side and touring South Africa.

Still not yet 21, Nat made her ODI debut in 1 July 2013 in England’s win over Pakistan. With over 2000 runs and 50 plus wickets Nat is an integral part of the England ODI set-up.

In April 2014, and along with 17 other players, Nat was amongst the first group of women to be given an ECB central contract.

Now approaching 90 IT20s matches for England Nat has hit over 1500 runs and taken 70 wickets in this format.

A change in cricketing fortunes can be sudden. Nat’s fortunes changed in the October 2013  IT20 tri-series hosted by the West Indies.

Heather Knight and Nat shared a partnership of 169 in the groups stages of the 2019-20 ICC World Cup.

Back in September 2020, Nat’s 82 was the highlight of England’s 20 run win over West Indies at Derby – it was also Nat’s highest score in IT20s to date.

In July 2021, Nat produced a Player of the Match performance, pounding the Indian bowlers for 55 off 27 delivers with England taking the match.

Nat made her Test and first-class debut, in January 2014 in Australia, scoring a first innings 49 as England went on to win by 61 runs.

The 2022 Ashes in Australia was a disappointment for England. Australia comfortably took the multi-format series for the fourth consecutive time. Across the three formats, Nat scored 204 runs, including a second innings half-century (58) in the sole Test match. Nat also took five wickets, four of these coming in the Test in Canberra. And, with figures of 3-41 in Australia’s first innings, Nat improved on her previous best bowling analysis in Tests and first-class matches.

Weeks later Nat was back in the southern hemisphere for the 2022 ICC World Cup in New Zealand. After scoring a century in the first-warm-up match, Nat hit 109* as England fell 12 runs short in their opening match against old foes Australia. 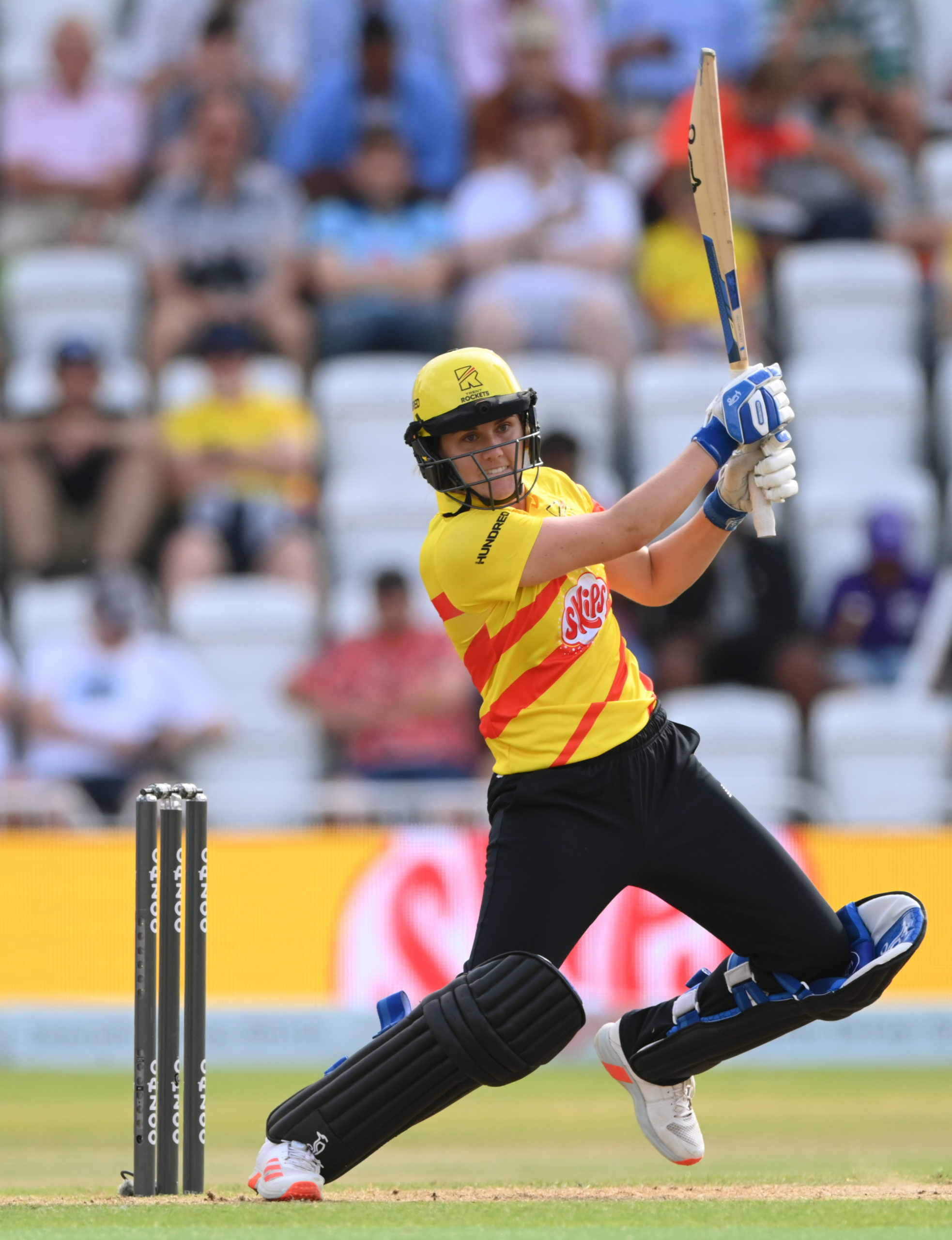